Open for Registration of Interest!

Ryse Residences or Pasir Ris Central Residences is a 99-year leasehold brand-new project development located at Pasir Central in District 18. It is an upcoming Integrated Mixed Development project at the heart of Pasir Ris, developed by Singapore leading property developer, Allgreen Properties Limited. Its location is highly sought after as it is located right next to Pasir Ris MRT station of the East-West MRT Line. In addition, with the government URA Masterplan to develop Pasir Ris Town, it makes Pasir Ris a wise choice to call it home.

The proposed development comprises of a commercial and residential development integrated with a bus interchange, a polyclinic, and a town plaza. Ryse Residences was purchased at $700mil through the Government Land Sales (GLS) program with a tenure of 99 years and is expected to provide approximately 480 condo units on the residential site and 360,000 square feet of retail space in a three-level mall with total land size of 38,003.7 sqm / 409,068.4 sqft of land.

Senior Director and Head of Research at Cushman Wakefield Singapore, Christine Li, expects that the Pasir Ris apartments will be well received because of their prime suburban location with direct access to the metro/MRT.

“This site is unique in the sense that it’s an integrated development with amenities at door step,” said the analyst. “There hasn’t been such a project in recent years, the last being Bedok Residences launched in 2012.”

Being an Integrated Mixed Development, Pasir Ris Central Residences or Ryse Residences is perfectly situated to home, work and the pleasures of leisure and entertainment. From the condo, you can easily link with Marina Boulevard, Finacial Center District via ECP or KPE and just take only 20 minutes away. Nestled in the heart of shopping paradise, your proximity to tranquil nature is equal only to the excitement of city living that is mere minutes away.

Ryse Residences @ Pasir Ris Central is surrounded by a wide array of amenities, besides good transportation and education options. Embrace the opportunity to have it all within reach. Some Popular shopping malls near are White Sands(just beside), Elias Malls, Changi City Points, Tampines Mall and so many others.

Being a mature estate with a resort feel, the area is well served by an efficient network of public transport playing a variety of routes to other parts of Singapore.

This highly anticipated Pasir Ris mixed development will be integrated with the future Cross Island Line (CRL) to provide a seamless connection to public transportation and amenities for the residents.

Targeted to be completed by 2030, CRL will offer commuters in Pasir Ris an alternative to the existing East-West Line and connect to other major lines to serve as a key transfer line. Besides linking residents to key business areas, the CRL will serve the upcoming smart town Punggol Digital District, which will includes the Singapore Institutute of Technology’s new campus. For those that prefers buses, walk down from your home at Pasir Ris Central Condo to the Bus Interchange to reach to all parts of Singapore.

The East of Singapore is definitely one of the most sought after residential area of Singapore, which explains the enthusiasm that was created around the development of Ryse Residences @ Pasir Ris Central.

If you are interested in buying a rare Integrated Mixed Development located at an established residential enclave, Pasir Ris Central Residences
@ Pasir Ris Central can be one of your best consideration. Call/SMS/Whatsapp us at +65 9105 9333 or fill up the contact form below to enjoy special VVIP early bird discount.

Facilities at Ryse Residences at Pasir Ris Central include:

There are abundance of facilities awaiting for all homeowners, an escape from the hectic city life, a theme of the beach, the garden and sactuary.

Take it all in this Pasir Ris Central Residences by Allgreen. Life couldn’t be more alluring than this. There’s nothing more welcoming than a grand entrance when you reach home. A sprawling water feature at the arrival driveway sings a splashing medley, aural treats your ears certainly wouldn’t mind. While you immerse in melodic splendour, rest your eyes upon a wall of artistry, designed especially to inspire desire. Surprise your mind, body and soul with Pasir Ris Central facilities you’ll agree, are quite like no other.

All units at Pasir Ris Central are featured ultra-luxurious fittings, the finest material and superb workmanship to create the most splendid of livings space. Lined generously with floor to ceiling window abundance of natural lighting. The best experiences, after all, not only tantalise your tastebuds but also expose your eyes to extreme beauty.

A grand entrance will be so exclusive that an exciting home awaits you. Embrace the resort lifestyle with convenience in an established residential enclave in Pasir Ris Central Residences.

To find out the distance or time taken to travel from Ryse Residences or Pasir Ris Central Residences to another location or vice-versa, click on either “Directions to” or “Directions from” and enter the address, name or postal code. You may choose from 4 different mode of the transportation provided – By Car, Public Transit, Walking or Bicycling, and select the most ideal route suggested by Google map.

To restart the whole process, click on “Reset Map”. You may also explore the surrounding of Ryse Residences through the interactive “Google Street View” by dragging the “Human” icon to any of the highlighted road. 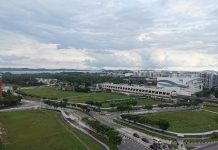 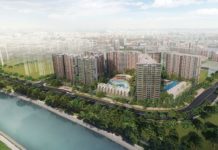 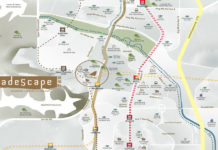